Algo.Rhythm is a set of drum robots with programmable behavior. Each drum robot records pattern of beats when knocked on, and replays the rhythm by hitting its neighbor robot with a pre-programmed twist. Arrange the kit to compose algorithm based drumming performance, and learn computational concepts like sequential execution, loop, and forking through improvising.

A drum robot is a four-inch wood cube with replaceable drumsticks on the top extended to four directions. A drum robot is considered as an individual computational component with an integrated sense-think-act loop. What it can do is simple: Record, save and replay. The sensing part of a drum robot is the five side surfaces (beside the bottom) which can sense beat patterns from all five directions simultaneously. A drum robot has a time window of four seconds for recording. While recording, the drum-bot stores all beat patterns it hears and later replayed based on its built-in functions – “repeat once”, “faster”, “slower” and “repeat all”.A drum robot’s output mechanism has two parts: the main trunk in the middle of the top surface and up to four drumsticks. The trunk moves up and down. The drumsticks can be attached to the trunk from four directions and move together with the trunk.

Combining two or more robots demonstrate computational concepts as well as create dynamic music snippets. If we connect two drum-bots “end to end”, the first drum robot will physically pass the rhythm it hears to the second one.If we reverse the second drum robot and attach its drumstick to the first drum’s surface, we create an infinite loop. If we add a third drum robot and another drumstick, we create a fork. If we have a few more robots, we can place them in a line to create a linear chain, in a circle to create a circular chain, or even more complicated, graphs. Furthermore, as each robot can sense from different sides, we can pile them up and expand drum music in a more intricate 3D space. 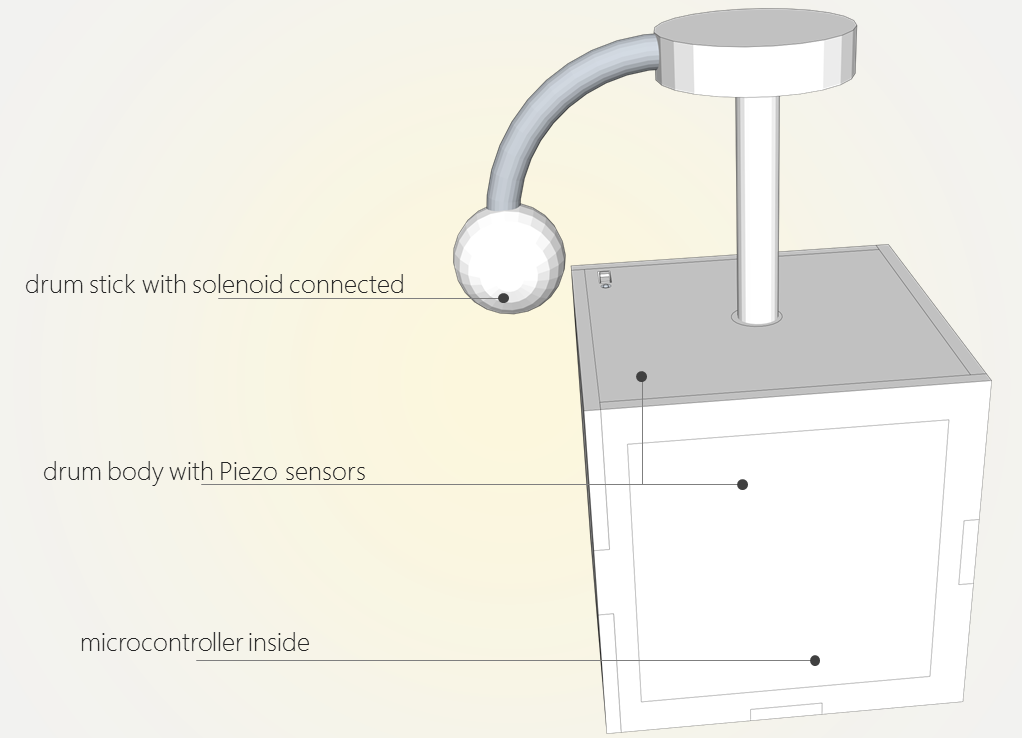 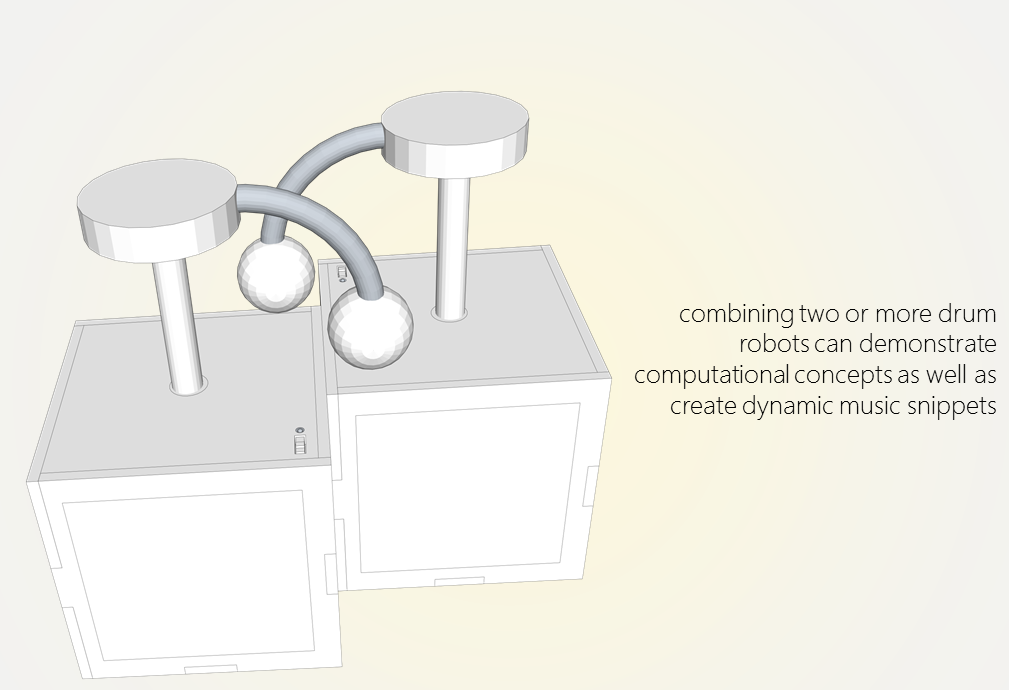 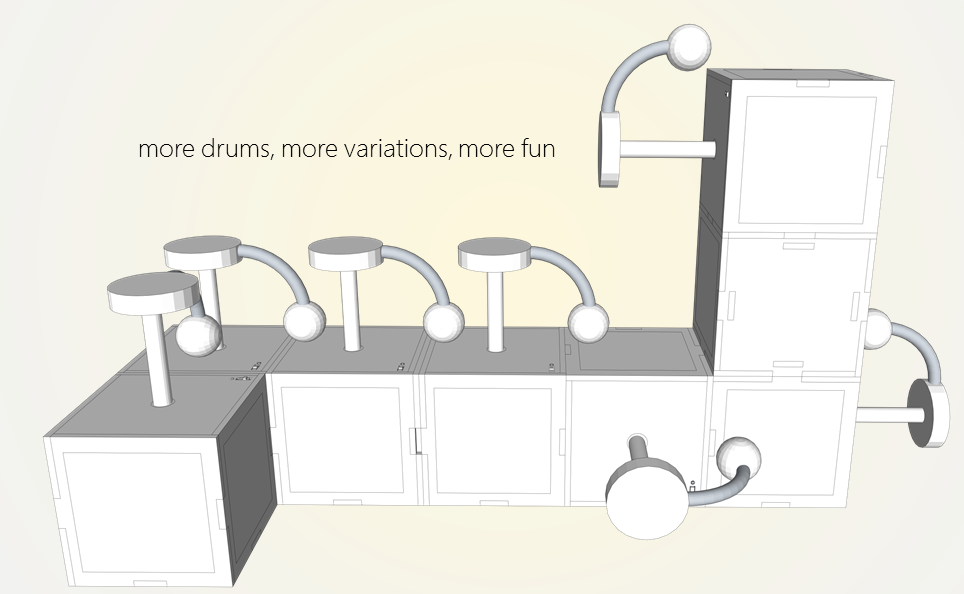 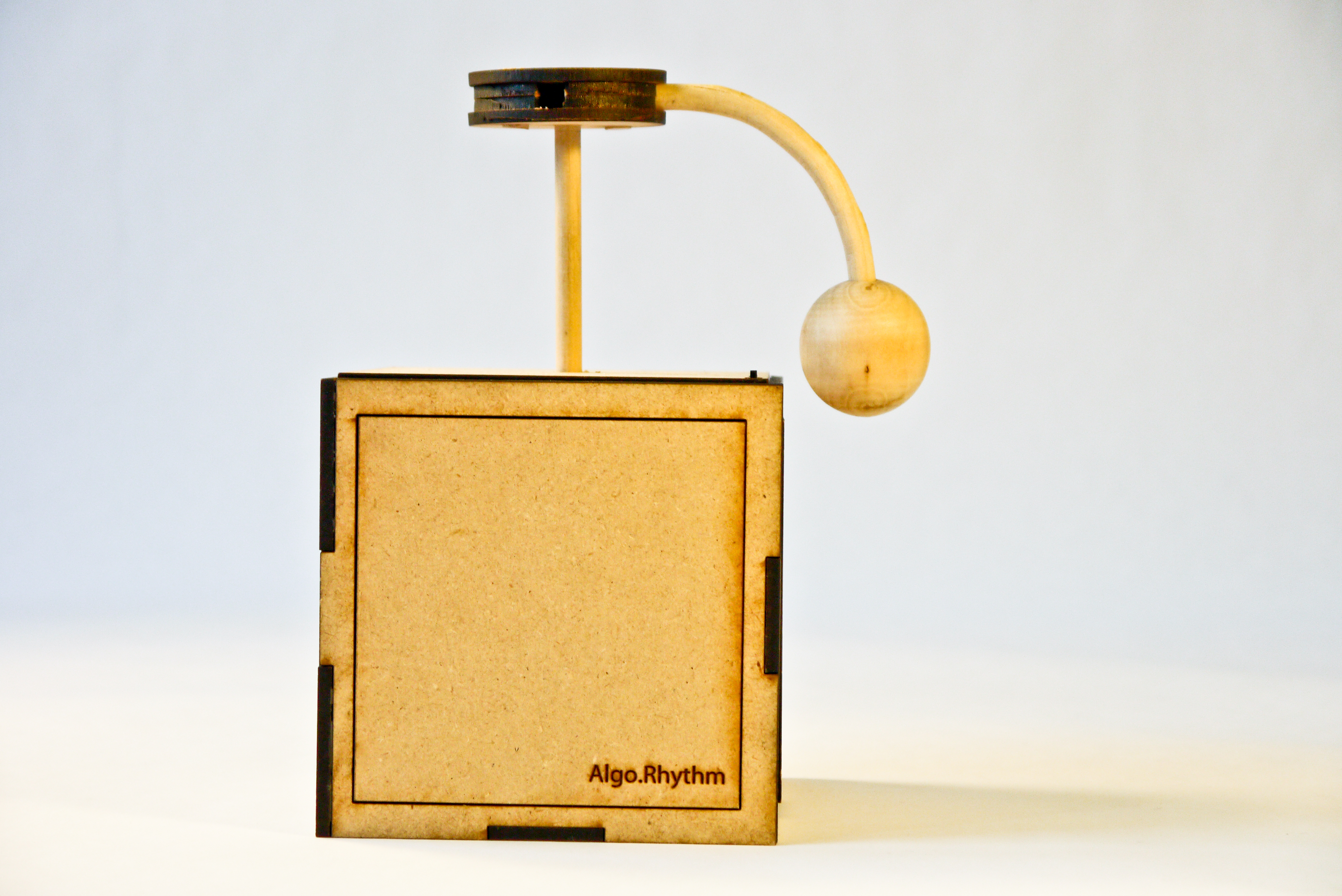 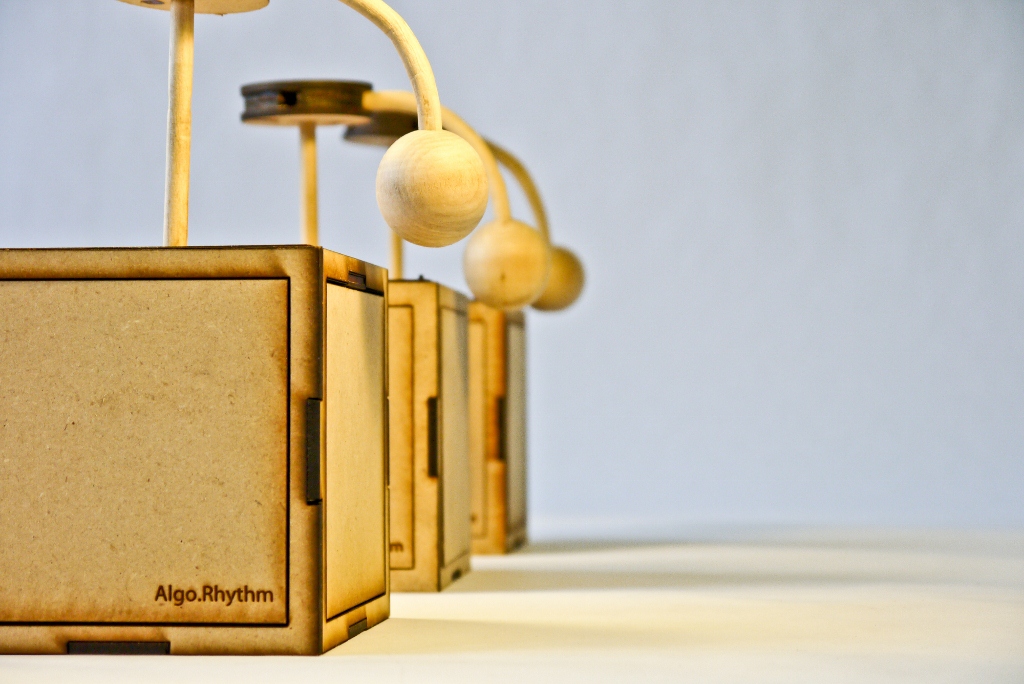 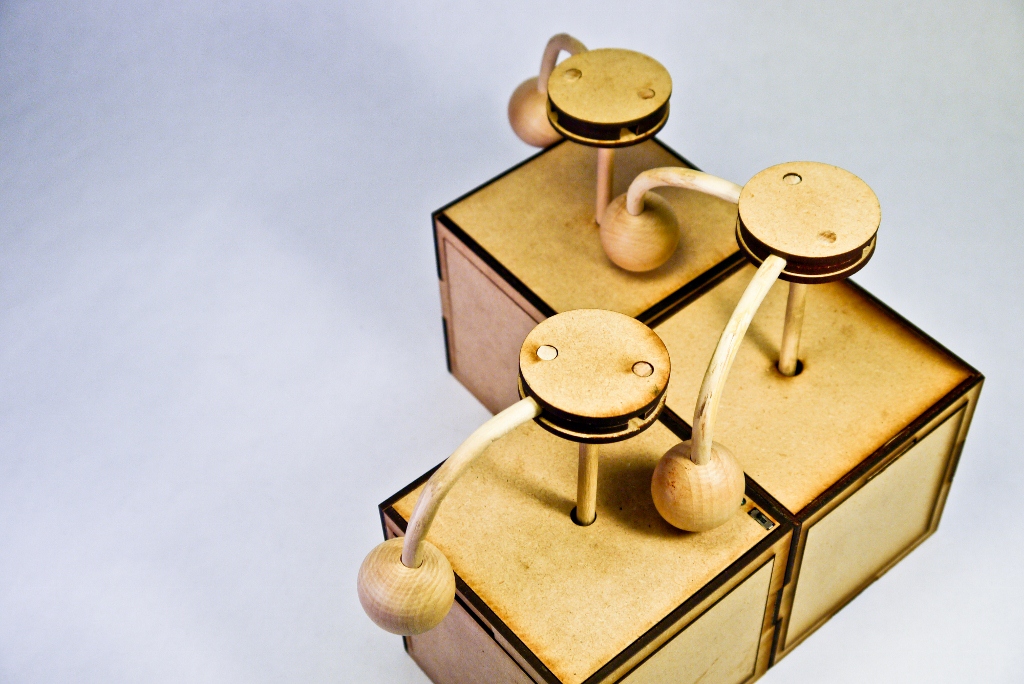